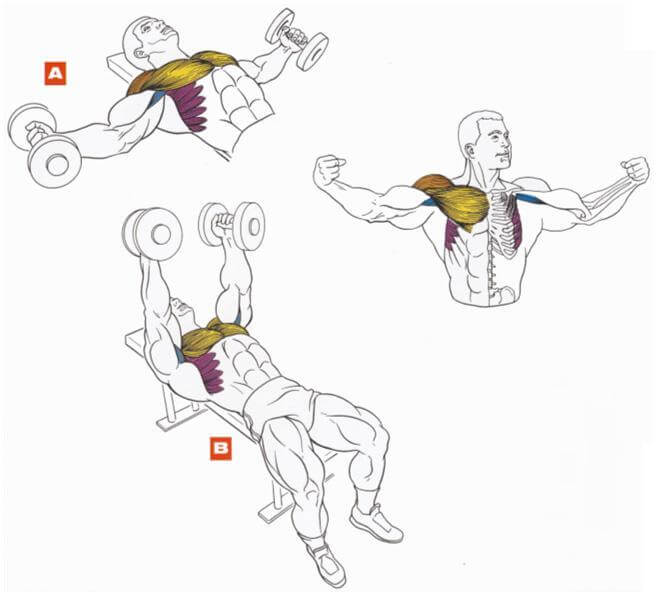 Dumbbell chest flys lying is an isolated (single-joint) exercise aimed at working out the muscles of the chest. When performing the exercise, only one joint is involved in the work, the shoulder joint. Therefore, the triceps in this exercise do not work, which allows the pectoral muscles to experience maximum stretch and stress. This exercise is performed after basic, heavy dumbbell bench press and bench press.

There are three types of this exercise. By changing the angle of inclination of the back of the bench, on which the athlete is located during the exercise, it is possible to shift the load between different parts of the pectoral muscles. 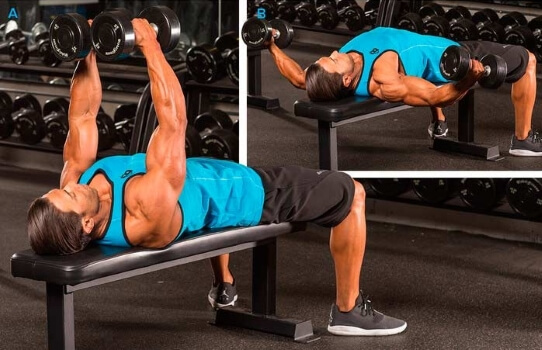 This is the classic type of the exercise. The technique is quite simple and consists of the following:

Take dumbbells in your hands and sit on the bench. Then, with dumbbells in your hands, take a lying position, press the dumbbells to the upper position and begin performing the exercise by moving your arms to the sides, stretching the pectoral muscles as much as possible. And then moving your hands in front of you to the starting position without bending your elbows. This is the most important in the exercise otherwise there will be no load on your pecs.

With this technique, all sections of the pectoral muscles get the same load. 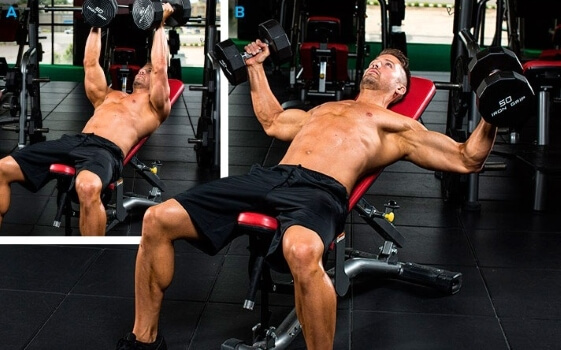 This type of the exercise is performed in the same way as described above, but the bench is set at a positive angle (20, 30 or 45 degrees). Accordingly, similar to the bench press, the load is shifted to the upper bundle of the pectoral muscles. 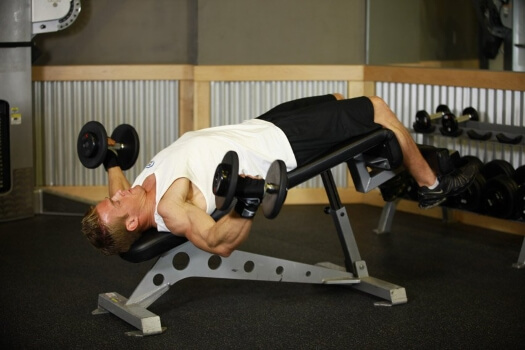 This variation of the exercise is performed in the same way as the described above, but the bench is set at a negative angle. Accordingly, the load is shifted to the lower bundle of the pectoral muscles. It is unlikely that your lower chest bundle will lag behind, so you should focus on the classic type of the exercise or with a positive angle.

2) Never hold your breath while doing the exercise. Move the dumbbells to the sides as you inhale, and bring them together as you exhale.

3) Don’t chase weights. The dumbbell chest fly is an isolating exercise, so you can get the most out of it with the correct technique. Do not take too heavy dumbbells, for sure this will destroy the technique of performing the exercise. It is better to take lighter dumbbells and stretch your chest muscles on a full.

4) Alternate the angles of the bench. For example, do one workout on a horizontal bench, another on an incline. 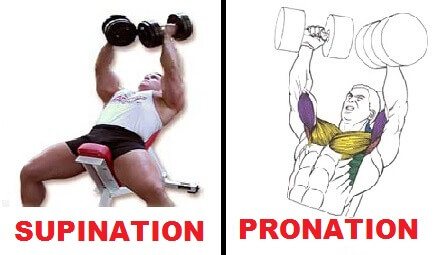 5) Include supination and pronation in your workout routine. You can even perform each set in the exercise in a different variation. For example, set 1 is a classic, set 2 is a supination, set 3 is a pronation. The classic technique implies that when performing the exercise, the dumbbells move parallel to each other. The supination involves turning the hands towards the thumb. The pronation, on the other hand, involves turning the hands towards the little finger. In order to make it more clearly, pay attention to how the athletes’ arms with dumbbells are turned in the picture.

Doing the exercise with supination allows to load the lower parts of the pectoral muscles harder, with pronation, respectively, the upper ones. These varieties should be performed only after you have mastered the technique of performing the exercise in the classic version. 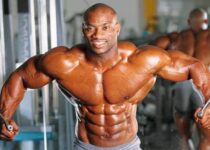 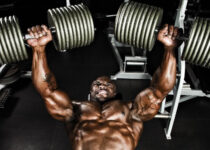 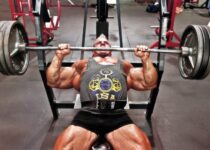