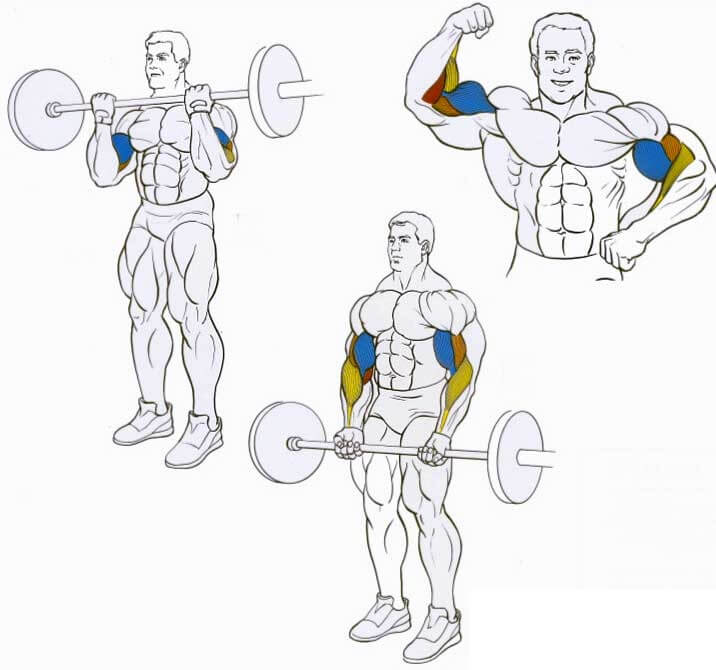 The exercise can be performed with grips of different widths. Also, when performing the exercise, you can use different barbells: with a straight bar or curved (EZ-bar). Let’s take a closer look at each of the types and analyze the execution technique. 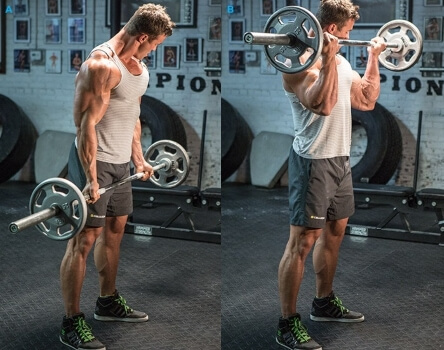 The most common way to do this exercise. This exercise is as popular in the gym as the bench press. The grip when performing the exercise is  medium or slightly closer to narrow. This grip allows you to load the inner and outer biceps bundles in about the same way.

In general, in this exercise, the wider the grip, the stronger the internal biceps bundle works. Accordingly, the narrower the grip, the stronger the external biceps bundle works. When performing the exercise in the starting position, you stand on the floor with a barbell in your hands. The arms are straight, slightly bent at the elbows. The shoulders are slightly lowered, the elbows are on the sides near the body, or slightly forward if the grip is narrower than medium.

From the starting position, bending of the arms begins at the elbows, while the body and shoulders remain motionless. Then the bar is lowered. Moreover, it is best not to lower the bar to the end, slightly reducing the amplitude. At the top point, you should also not complete the range of motion. You will work within the amplitude, without bending your arms completely at the top point and not fully unbending at the bottom point. All this will help maintain muscle tension throughout the entire set. 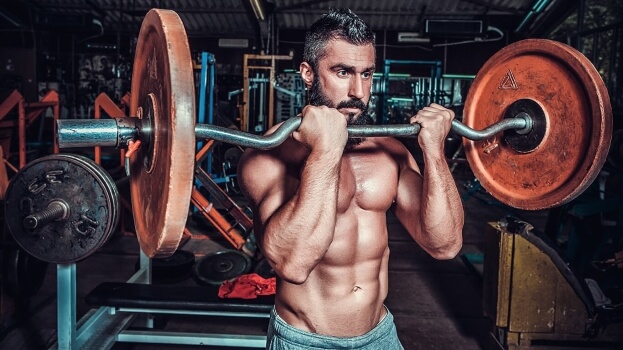 The technique will be absolutely identical. The only difference is the position of the hands when gripping. Since the EZ bar is a curved barbell, your palms will face inward (at each other) at a 45 degree angle. In this regard, the forearms receive less stress. The load will be distributed only on the internal muscles of the front of the forearm (brachioradialis muscle). While with a straight bar, the entire front of the forearms (brachioradialis muscle, radial and ulnar flexors) receives the load. Accordingly, with an EZ bar, the biceps will receive more load. But with a straight bar, the biceps will curl more, due to the greater turn of the hands. Accordingly, the peak stress at the top of the amplitude will be greater. Therefore, the right decision would be to alternate straight biceps and EZ bars in your workouts.

1) Perform the exercise without jerking, gently raise and lower the barbell, feeling the load in your biceps.

2) Do not hold your breath while doing the exercise. Raise the barbell as you exhale, and lower it as you inhale.

3) Don’t cheat! The main mistake during the exercise is when the athlete hangs a lot on the barbell, and thinks that the biceps will work better this way. In fact, this is not the case. Large weight on the bar makes the athlete help with his back and legs, throwing the bar up, swinging the body. Firstly, by swinging the body, the barbell will rise upward by inertia, while the muscles will not work. Secondly, by helping with your back and legs, you will steal the load from the biceps, which you purposefully pump with this exercise. 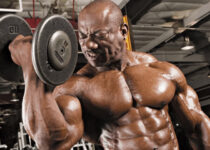